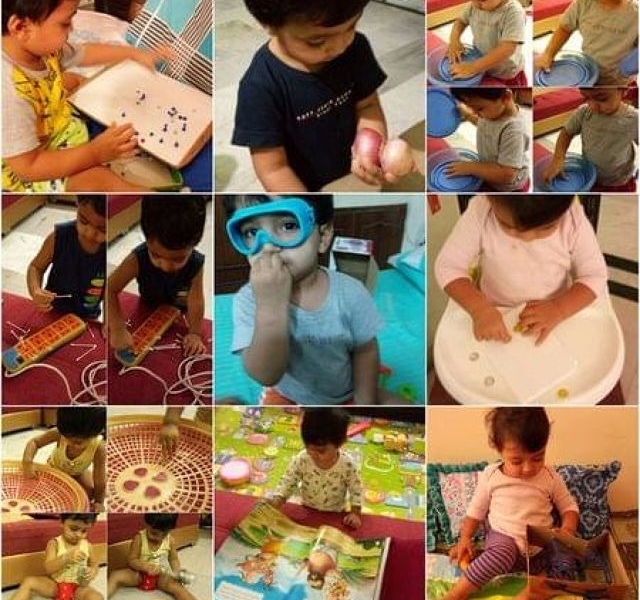 Screen Time: How Much is Too Much?

We had just popped over to the doctor’s for Nemit’s vaccination at 15 months of age. While discussing his health, she asked us about his speech milestones and how much of screen-time was he exposed to.

Like all well-meaning parents, we were happily exposing him to 1-2 hours of daily rhymes each day believing that he was learning while we got some free time for ourselves. What we learnt later was that this was just passive learning – he wasn’t learning or repeating any words from those rhymes nor imitating any action.

According to the doctor, at around 15 months he should have been speaking at least 7-8 meaningful words and that list should keep expanding each month. Now, that was an alarm for us because Nemit hardly spoke any words except for Mumma and Papa.

If you ask me, babies from 0 to 18 months of age must not be offered any screens (TV, mobile phones, tablets, computers).

The human brain is the least developed of our organ systems at birth. Most of its development occurs in the first two years of life.

Of these three critical forms of interaction, television provides none.

The doctor has asked us to bring down his screen viewing to zero and it became a mammoth task for us. Being a mother, I know that there is nothing which we can’t do for our little ones. We can fight the greatest battles for the well-being of our kids. No challenge is too big for us.

But there have been many debates going on – Is staying away really the best approach?

*Research indicates that when screens are used for interactive, shared experiences, they can become tools for learning and potential negative effects can be reduced*

How I achieved it?

Achieving zero screen time is not that difficult, follow your child’s cues and respond accordingly. I tried to involve him in fun and interactive activities using the D-I-Y approach.

In the pictures, you will see some of the activities we do to keep Nemit busy through the day:

Within three months of Mission Zero Screen Time, Nemit started speaking five new words. There was an improvement in his understanding of things, he happily imitated our actions while singing rhymes. Kids love to explore and learn from their surroundings.

Zero screen time may not always be possible. But what is the next best thing available?

We can move from “no screen time” to “mindful screen time” in today’s media-manic world by following the 3C mantra-  Content, Context and the Child.

In comparison to the high stimulation that media screen offers, real life can seem slow and children can respond to it with boredom and inattentiveness. Eliminating screen time is a choice for engagement over stimulation and activity over passivity.

The choice is ours.

Also Read – 5 Ways to Keep Your Kid Away From Gadgets