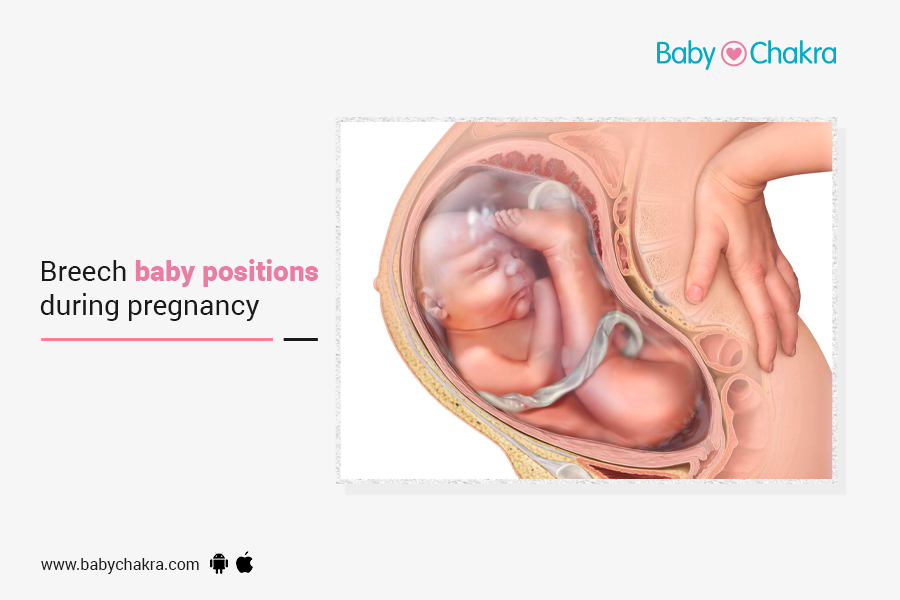 A breech baby is a term used when the baby’s buttocks or feet are positioned to come out first from your vagina during birth. For a full-term pregnancy, a breech baby accounts for approximately 3% – 4 %.

Breech position is quite common in early pregnancy, but it’s a natural tendency with most babies to move their heads in a way that it comes out first from the vagina during birth. In most babies, the return back to the normal position with their heads towards the vagina happens by the 36th week. But as mentioned in a few that’s not the case.

The ideal breech position seen in babies is with their head facing downwards toward your back and chin tucked in the chest.

4 breech positions that may be possible for a baby to be in are:

If you like the article, do rate us too on the google app store by using this link