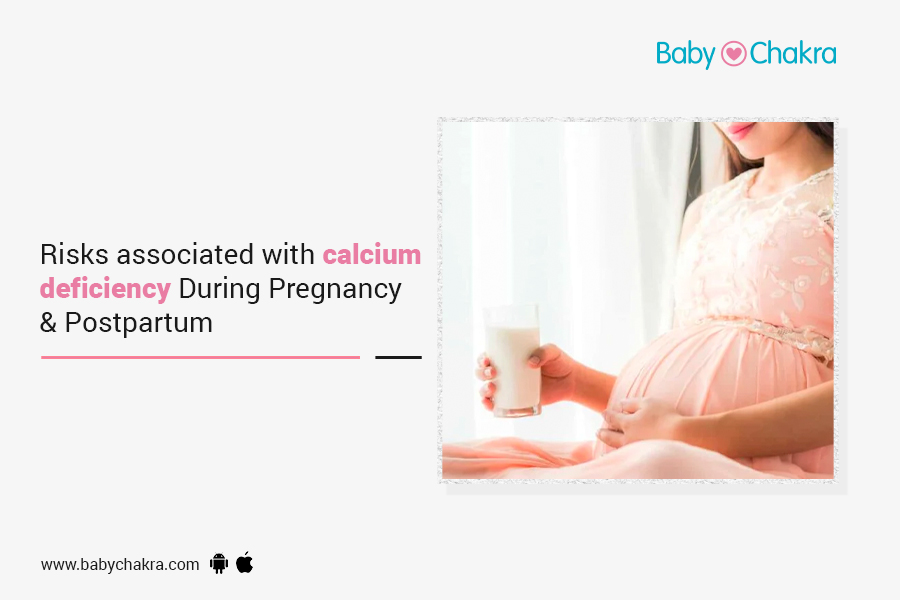 Calcium is one of the important nutrients in our diet and an important mineral required by our body. as well all know calcium is an integral part of the bones, but besides bones, it also has a role to play in muscle contraction and relaxation.

During pregnancy, the baby gets the required amount of calcium for his/her growth and development from the mother’s body. if the mother is already calcium deficient then there will be an excessive decrease in the calcium levels in the mother’s body during pregnancy which will lead to muscle cramps due to hampered muscle contraction.

Additionally, calcium deficiency may also lead to preterm labour led by abnormal contraction of the uterus. This can lead to premature delivery and its associated complications with regard to the baby.

Even after childbirth there’s a condition known as postpartum haemorrhage that could be caused due to calcium deficiency. In this condition, the uterus does not contract and gets tightened after delivery leading to a tendency of excessive bleeding.