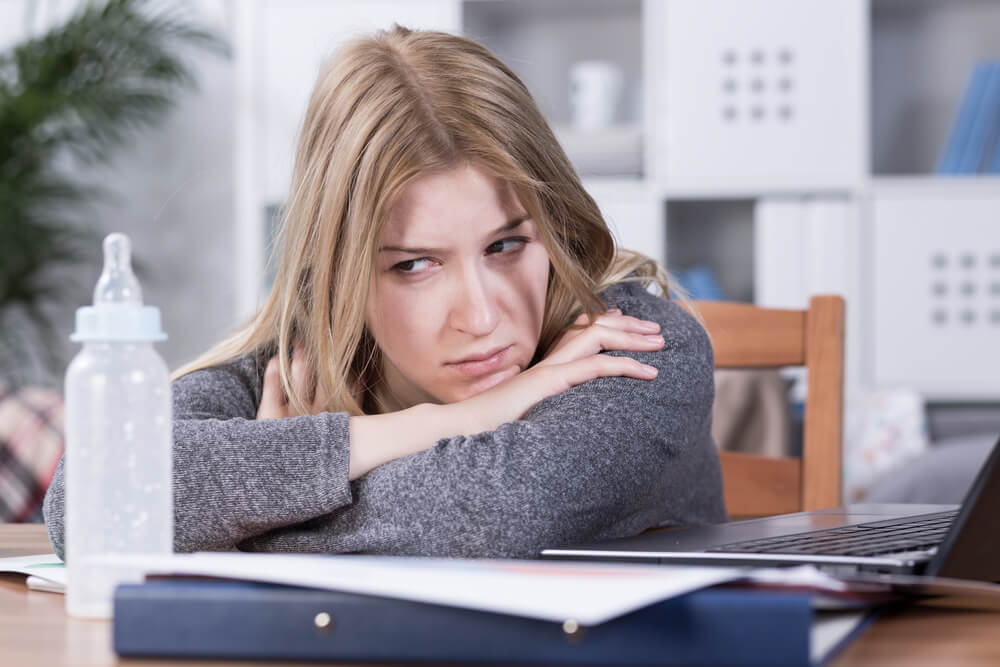 Why Am I So Tired All The Time Mommy Troubles

If only you had a penny for every time you use the phrase “I feel so tired,” you’d probably be able to get away with succumbing to the tiredness and resting all day long. While fatigue is common during pregnancy, it might insinuate a deeper problem within the body, especially if it a frequent occurrence in younger women.

Tiresomeness has become so prominent in recent times, especially among young women, that nobody really thinks about the root cause of the fatigue. Tiredness can be due to physiological or psychological reasons, but more often than not, it is a combination of the two that leads to constant fatigue. Tiredness is usually just a symptom of a disorder, which is suggestive of the actual issue that may be affecting the body.

The top reason as to why young and middle-aged women experience fatigue is due to anemia and thyroid. The lack of RBCs (red-blood cells) in the blood causes you to feel weak and makes you run short of breath. Parallely, thyroid plays a major role in causing tiresomeness. High blood sugar, or diabetes, is also a leading cause of fatigue, and eliminating sugar-rich food from one’s diet may help curb the high levels.

Furthermore, hormonal imbalances and stress coupled with a sedentary lifestyle inevitably leads to fatigue, which, if ignored, might lead to other serious complications in the long run. Lack or poor quality of sleep is another huge culprit of tiredness. While missing out on a good night’s sleep might be okay for younger women, if the habit becomes more frequent, one is bound to feel lethargic and tired for the rest of the day. Dehydration and lack of activity are also contributors to tiredness.

Psychologically, fatigue is a symptom of various stress or lifestyle disorders. Emotional stress affects over 50 per cent of the Indian populace, with women being the most affected. Anxiety or nerve disorders are also the leading causes of tiresomeness. With fatigue being a huge part of depression, bipolar, and other mental illnesses, slight imbalances in mental health can bring trouble to the body. As a large number of cases of depression go undiagnosed, fatigue remains a chronic illness to many.

Another common, but often ignored, cause of fatigue is a poor diet. Diets that lack the right amount of nutrients leads to the deficiency of the nutrient, which makes one lethargic and weak. Improper diet can cause hormonal imbalances, which can affect the functioning of neurotransmitters, causing anxiety or depression. Unhealthy food habits can also disturb normal sleep cycles, which can lead one to be irritable and restless. An imbalanced diet is capable of affecting the person’s lifestyle, which can not only lead to fatigue, but can also cause one to be less motivated.

Leading a healthy lifestyle, avoiding alcohol, indulging in sport activities and regular exercise are essential to maintaining good mental and physical health. Only when you are both physiologically and psychologically healthy will your body bid farewell to fatigue.