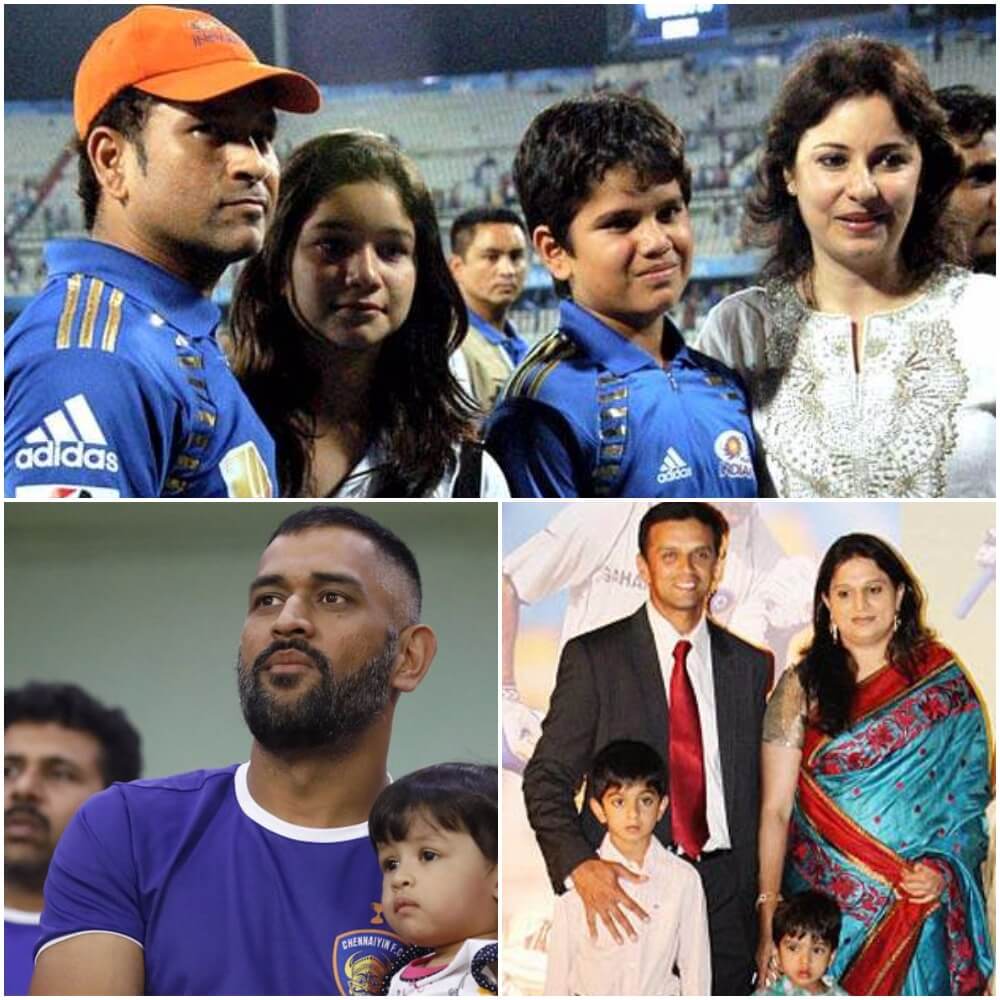 
Cricket is one of the most exhilarating sports, especially in India. The national cricket team players are considered as celebrities and some of them even gods. But at their homes, they are still someone’s sons, husbands and dads. Like everyone else, they too have family responsibilities which they fulfil with utmost care. These cricket celebrity dads might be idols of millions of people but for their own children, they are the same old dads who love and scold their children like all normal dads. They manage it so well that despite being celebrity kids, their children have the same values instilled them. Let’s have a look at few of these dads.

A true God of cricket, Sachin Tendulkar is one of the most famous, biggest and most respected cricketers in the world. Yet, he has raised his own children in the most down to earth of ways. No matter how big a star Sachin became, he always gave time to his family and his daughter Sara Tendulkar and son Arjun Tendulkar.

One of the most successful captains that the Indian cricket team has ever seen, Mahendra Singh Dhoni recently became a father to a lovely daughter Ziva Dhoni. Although being very busy with cricket, he still finds time to spend with his daughter while sometimes both his wife and daughter visit him during matches to cheer for him.

The mid-order wall of the Indian cricket team, Rahul Dravid is the true example of the Gentleman’s game. He has been blessed with 2 sons- Samit Dravid and Anvay Dravid with whom he spends a lot of time. One of the most respectable cricketer’s of his time, he has instilled the same values he grew up with in his children.

The Maharaja and Dada of the Indian cricket team, he has been Indian cricket team’s captain in the most crucial of times. Although there have been moments when he could not be there for his family due to the matches, he has corrected that and spends a lot of time with his daughter Sana Ganguly and has raised her with all the love in the world.

One of the best openers of Indian cricket team, Virendra Sehwag opened his doors to fatherhood when his sons Aryavir and Vedant Sehwag were born. Ever since then, he has been one of the best friends to his sons and a good father. Although he is one of the very prominent cricketers, his children are being brought up to be independent and hard working by Sehwag.