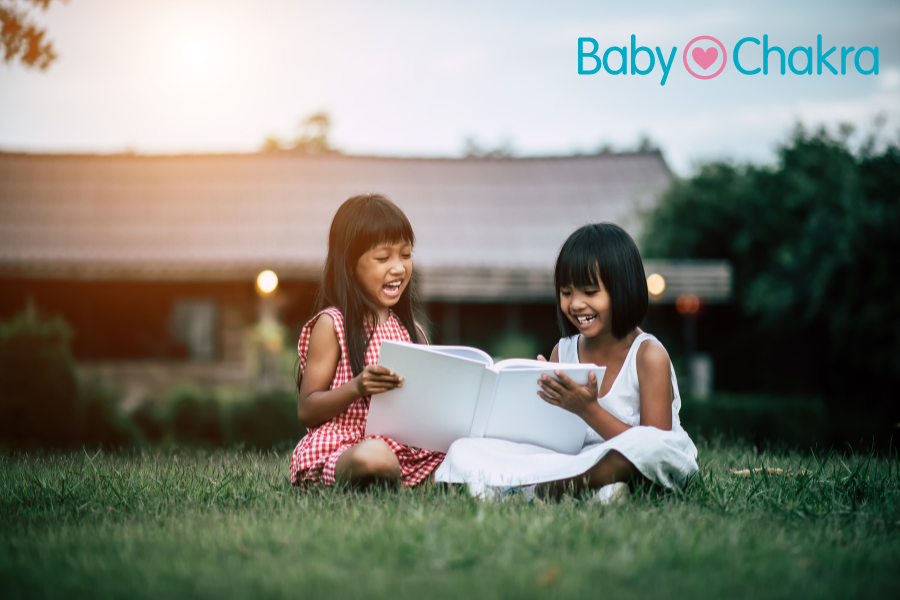 Panchatantra is a set of Sanskrit fables that has its origin in ancient India. It is also one of the most popular collections of short stories for kids that comes with strong moral messages and values. These stories often involve animals as the main characters which demonstrate the values a person needs to live by for a happy and successful life.

Panchatantra stories are known to be interesting due to their strong plot and diversity of characters. We bring you a collection of some great moral stories from Panchatantra that you can read out to your kids.

What is Panchatantra and who wrote these tales? Well, the legend goes that King Amarashakti, who ruled Mahilaropya in Southern India had three dull-headed sons. The King had appointed scholar Vishnu Sharma to educate them.

However, when Vishnu Sharma realised that the conventional tools and techniques of teaching won’t work with his new students, he began to write a collection of more than 50 stories, based on five strategies.

The collection is divided into five volumes, and hence it is called Panchatantra (“Pancha” meaning five and “tantra” meaning systems).

A weaver and his wife lived in a village. One day, the weaver went to the forest to get wood to repair his broken loom. As he began chopping the tree, a genie appeared and requested him not to cut his abode. In return, the genie offered to grant the weaver’s wish. So the weaver went back home to discuss this with his wife.

His dimwitted and greedy wife told him to ask the genie for an extra head and two extra hands so that he can think and work more. The dull weaver agreed and went back to the genie, who granted his wish immediately. The weaver happily walked back to his village, but the people thought that he was a monster and beat him to death.

Moral: Lack of proper judgment can lead to missed opportunities.

The Jackal and the Drum

One day, a hungry jackal was wandering on a deserted battlefield in search of food. Unfortunately, the place had nothing but a drum that the army had left behind. When the wind blew, one of the branches of a tree moved, and hit the drum, making a loud noise. This scared the jackal and he decided to run from there.

On second thoughts, he decided to explore the noise, and as he drew closer to the drum, he realised that it was harmless. When he approached the drum, he also found food nearby.

The Lion and the Camel

In a dense forest, a lion loved with his three assistants—a crow, a leopard, and a jackal. As they were close to the King of the jungle, the assistants never had to look for food. One day, they encountered a camel and were surprised as camels usually live in deserts. On questioning, they learned that the camel had lost its way. So the lion decided to give it shelter and protect it.

One day, the lion was gravely injured in a battle with elephants. Unable to hunt, the lion and his assistants were left hungry. The assistants suggested that they should eat the camel, but the lion refused to do that. Hence, the assistants hatched a plan to make the camel offer itself as food to its protector. The leopard, crow, and jackal, each offered them as food to the lion, which he refused. Seeing this, the camel also felt obligated to do the same and was instantly killed by the lion.

Moral: It is unwise to surround yourself with cunning people who surround themselves with wealthy and powerful ones for their own benefit.

One day, a jackal was passing by a village and witnessed two goats fighting with each other. The goats were surrounded by people who were cheering for them. After a few minutes into the fight, both the goats had bruises on their body and were bleeding a little. The jackal was drawn to the smell of their blood and wanted to get a bite of the animal’s flesh. So it jumped at the goats at once, without thinking. But the goats were stronger than the jackal and mercilessly trampled on it and killed it.

Moral: Think before you jump into a situation.

The King and the Foolish Monkey

There was once a King, who had a monkey as his pet. The monkey always accompanied the King and even did a few chores for him. One afternoon, as the King was taking a nap, the monkey sat next to him and fanned him. Meanwhile, a fly entered the room and sat on the King’s nose. The monkey tried to shoo the insect away, but it kept coming back.

Frustrated, the monkey took the King’s dagger to kill it. He attacked the insect as it sat on the King’s neck, killing the King instantly.

Moral: No matter how much you try, a fool can never assist you in glory.

The Bird With Two Heads

There once lived a strange bird that had two heads, and each head had a mind of its own. The bird lived a normal life, with the heads cooperating with each other for the bird’s survival. But one day, the heads started fighting with each other for a fruit they saw on a tree. The tree bore only one fruit, and each head wanted the fruit for itself. The second head suggested that they should stop fighting and save the fruit for the wife instead.

While the first head agreed, it was not happy, and vowed to teach the second a lesson. On finding a poisonous fruit, the first head offered it to the second, which ate it happily. But within minutes, the bird died, leaving both minds useless.

Moral: Having a conflicting state of mind is pretty dangerous. The second moral is that every part of the body is important, loss of even one could prove fatal.

The Tale of Two Fishes and a Frog

In a lake lived many frogs and fishes. Two fishes, named Satabuddhi and Sahasrabuddhi, were friends with a frog named Ekabudhhi. Both the fish and the frig used to spend a lot of time together. One day, they heard some fishermen talking about how the lake was a good spot for fishing. The fishermen then decided to return the next day to the lake to catch some fish.

Hearing this, the frog decided to go away from the lake, and save its life. The fishes, however, acted arrogantly, and refused to leave, saying that they can easily fool the fishermen with their swift movements. The frog left with his family, and the next day, both the fish were caught by the fishermen.

Moral: Avoid being overconfident in the face of danger. Think of your safety first.

The Foolish Brahmin and the Crooks

Once, a brahmin performed sacred ceremonies for a rich merchant and received a goat in return. While he was on his way back, carrying the goat on his shoulder, three crooks saw him, and decided to trick him into giving the goat to them.

Hence, one by one, the three crooks crossed the brahmin’s path, and asked the same question, “Oh brahmin, why are you carrying a dog on your back?” The foolish brahmin thought that if three people told him, then he must indeed be carrying a dog. So without even looking at the animal, he let the goat go.

Moral: If a lie keeps getting repeated, it becomes the truth for a fool.

The Story of the Potter

Once, there lived a poor potter in a small village. One day, he fell into a ditch by accident and injured himself, and left a big scar on his forehead.

When his village was hit by famine, the potter decided to move to another place and secured a job at the King’s court. When the King saw the scar on the potter’s forehead, he assumed that the potter was a warrior. The King treated the potter with respect and made him a prominent member of his court.

In the following months, the kingdom was attacked by enemies, and the King asked the potter to lead the army. Afraid to lead, the potter told the King the truth about himself and how he got the scar. The potter then left the kingdom, leaving the King embarrassed.

Moral: Appearance can be deceptive, hence you should never judge a person by their appearance.

The Cave That Talked

One day, a hungry lion wandered the jungle in search of food. It was almost evening, but the lion was unable to find a single animal to prey upon. Dejected, the lion decided to return home, when it came across a cave. The lion thought that he should wait for the resident animal to return after sunset, and went into the cave to hide.

The cave belonged to a jackal, which noticed the lion’s paw prints when it entered. He stepped back immediately and decided to determine whether the lion was still inside the cave. The jackal thought of tricking the lion and started talking to the cave, asking it if it was safe to enter. He kept asking the same thing and refused to enter until he got a reply.

The lion feared that his prey would walk away and replied like the cave. As soon as the lion replied, the jackal ran away and decided never to return to the cave.

Moral: The presence of the mind can save you from the danger posed by foolish enemies.

Panchatantra stories are fun to read, and they also teach your kids valuable life lessons. The stories teach different morals and instill good values in your little one. So if your kid is a bookworm, you should definitely consider reading out these short stories to them and also explain the meaning and significance of these volumes to them.