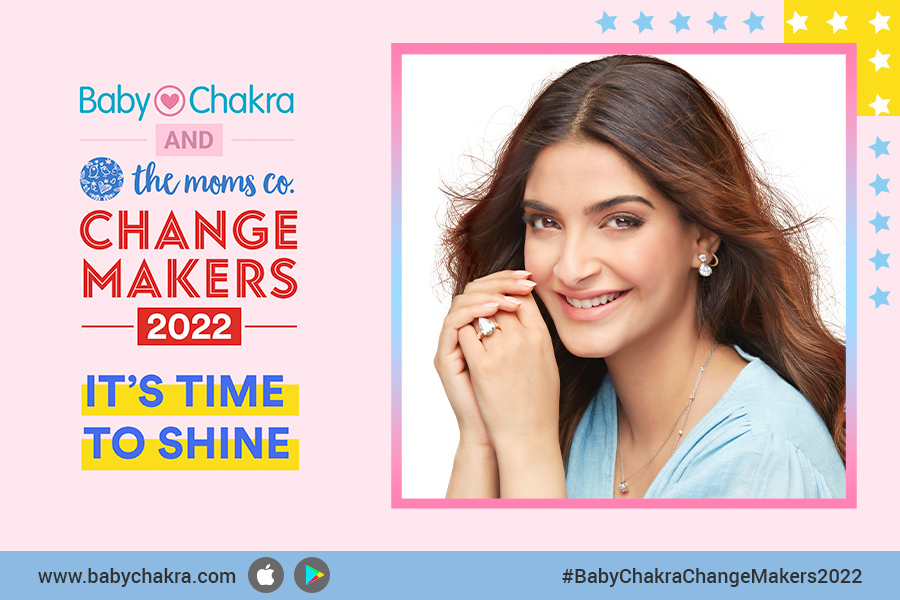 She’s an advocate for positive change in society and inspires women to embrace their real selves.

“Just be yourself and don’t listen to what society tells you.”

Sonam Kapoor Ahuja began her career as an assistant director on filmmaker Sanjay Leela Bhansali‘s film Black in 2005. She then went on to make her acting debut in 2007 with Saawariya. There has been no looking back for this talented actor since then. In 2016 her film Neerja won her the National Film Award – Special Mention as well as the Filmfare Critics Award for Best Actress. Some of her films like Veere Di Wedding, rank among the highest-grossing female-led Hindi films; making her one of the most sought-after actors in the country. But that is  simply one part of her truly impressive and multifaceted life.

Besides acting, this new mom is also an avid investor and is the co-owner of brands like VegNonVeg, a multi-brand sneaker store, a fashion brand Rheson, which she launched in 2017 with her sister, Rhea Kapoor and the clothing label Bhane. She also has invested in the blockchain-based game MechaFightClub (MFC).

Sonam is not only multi-talented but she’s also an advocate for positive change. She supports raising awareness of breast cancer and LGBT rights. She even chooses her films keeping in mind the kind of positive change they will bring. In an earlier interview I did with her she said, “I believe that whenever you are part of a story or a part of something that will advocate a change it is important.”

She’s also one of the best-dressed women in India and even though she may dress up in modern designer outfits, this mom is a true Indian at heart. As she explained, “In India, we have so many inspiring stories, I am very inspired by what India stands for and I am not talking about Nationalistic India. I am talking about India as a whole, India of different religions and different cultures, and different kinds of people. I am very proud to be Indian.”

She is known in the media for her outspoken personality and her beauty. But it hasn’t been easy for her because it’s not easy being a celebrity kid when they are constantly in the spotlight. She has had to go through that awkward phase, there was a time she was even overweight but Sonam always believed in being herself, as she shared, “It wasn’t easy growing up in a family that was constantly in the spotlight. During my adolescence, I went through a growth spurt that left me feeling awkward and self-conscious about my body.”

She overcame all of it with a positive attitude and became an inspiration for many young girls and a change-maker in her right. “My advice to all the beautiful women out there: Just be yourself and don’t listen to what society tells you,” she said in one of her interviews. Credited as one of India’s most trendy celebrities, she’s now setting trends as a hands-on mom and often talks openly about her candid parenting journey.