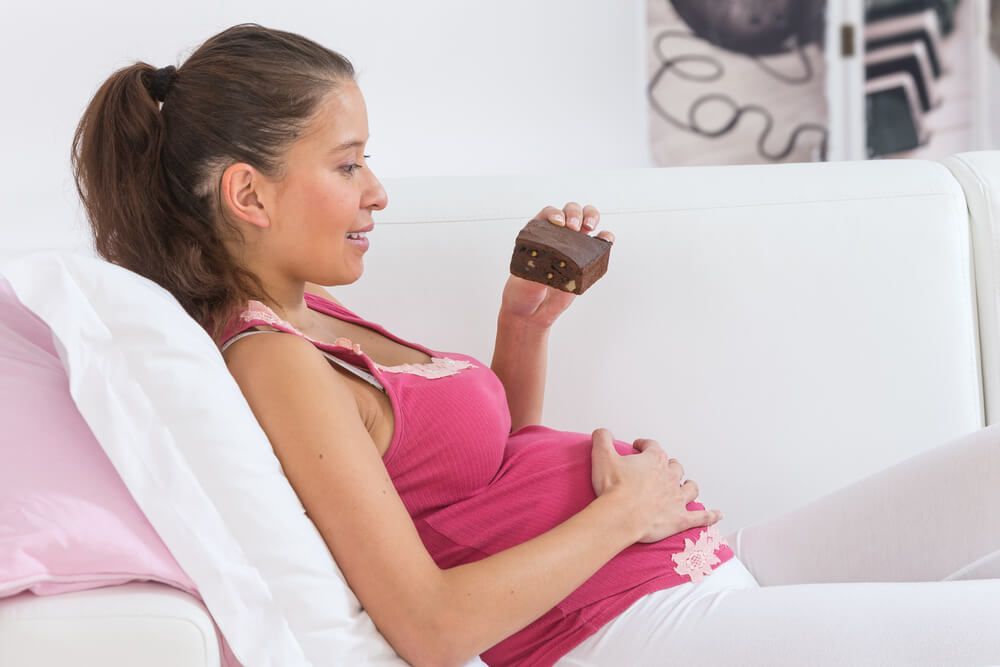 Why Do You Have Food Cravings During Pregnancy Xyz

When you’re pregnant, apart from all the baby talk, there’s another thing that you hear about a lot – that you get insane food cravings. But to-be-mommies, there’s no need to be ashamed of that! Food cravings during pregnancy is an actual thing and is a scientifically proven psychological phenomenon. After all, there is a whole other human being growing inside of you!

Human beings in general crave their favourite foods. However, pregnant women have really weird cravings – like chocolates, gol gappa, maggi, mangoes, pizza and even just plain idli. All of the specific food cravings can’t be explained away, but we can definitely explain why this happens to pregnant women.

During pregnancy, your normal cravings will intensify. If you usually like a certain flavour of ice cream, this will become an uncontrollable craving when you’re pregnant. But this can spill over to other habits too. If you happen to like the consumption of alcohol, then you might crave even that during your pregnancy. However, in cases like this, your maternal instincts are usually more powerful than your cravings, so that might stop you from consuming anything that is harmful for your baby.

Early on in your pregnancy, you might also have a lot of food aversions, so you might want to be careful about that. You already have to deal with morning sickness, and eating food that your body is rejecting will only make it worse. But for most of your pregnancy, your cravings will get the best of you.

There is no exact answer for why women get cravings when they’re pregnant. One of the reasons could be because your hormones significantly change and shift during your pregnancy. The hormones that control your appetite and metabolism, and appetite stimulants in particular, are also affected. This increases your appetite a lot, and you end up craving food more than you can eat it.

You might also be craving certain foods because your body might need the nutrients a certain food has. In other cases, however, your taste buds might just be craving the food. It doesn’t matter which one of these is causing the craving, just as long as you enjoy the yummy goodies, but with some control so you don’t overdo it.